In the era of climate change where warmer oceans are amplifying hurricane season, causing bigger storms to happen with increasing frequency, it’s useful to look back at Hurricane Andrew in 1992. Andrew was the last Category 5 to make landfall on the mainland United States before Hurricane Michael in 2018.

It’s hard to imagine that a place like South Florida, with it’s well-known natural hazard risk and location next to a major Air Force Base, would be so socially vulnerable. But the reaction to and recovery from Andrew was a major test of how this country with all its wealth and resources can handle even the expected in hurricane-prone areas. 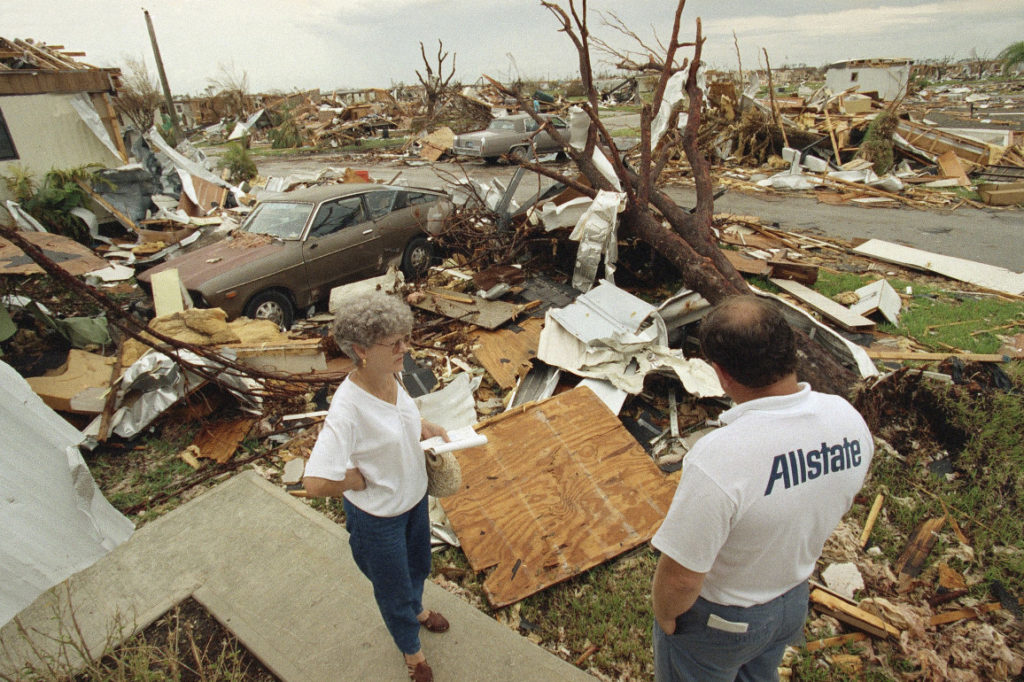 I recently caught up with my Aunt Terry to get her survivor account of this experience. She moved to Gainesville after Andrew. But the move wasn’t because of the hurricane. It was because of the increased crime and failing schools, schools where Terry worked as a teacher. Before Andrew, Terry thought she would live the rest of her life in South Florida. “We had good jobs down there. We came up here with nothing. I mean we had no jobs,” she said.

At 5 a.m. on Monday August 24, Hurricane Andrew made landfall in South Florida 10 miles east of Homestead and 25 miles south of Miami. My family was from Homestead. They’d settled there after a lot of moving around because my grandfather was in the Air Force.

Terry was born in Texas in 1956. “I was four when we moved to the Philippines and then we moved to Homestead and that’s where dad retired in 1960 … I could see it, the house all white, by the railroad tracks and a lot of water.”

In 1960, Hurricane Donna hit. It was the last major hurricane, defined as anything above a Category 3, to strike South Florida before Andrew.

“Yeah, I think we were still moving in … mainly the storms then were just wind and a lot of rain,” Terry said of Donna. “That one most of what you had was the rain because we could put a boat out and you could canoe down the roads. And I mean there were some people that had motorboats, little small boats, that were going down the road. That’s how much water was in there.”

Andrew was a small and fast-moving storm so tracking it was difficult for the forecasting technology at the time. Even those around Homestead Air Force Base like Terry were surprised. “They were still having planes taking off… they were still open trying to get rid of all the planes and stuff and evacuated. But the people, we didn’t get an evacuation notice. That was one thing that ticked everybody off. If they’d have said evacuate, we’d have been long gone and we wouldn’t have stayed in the houses.” 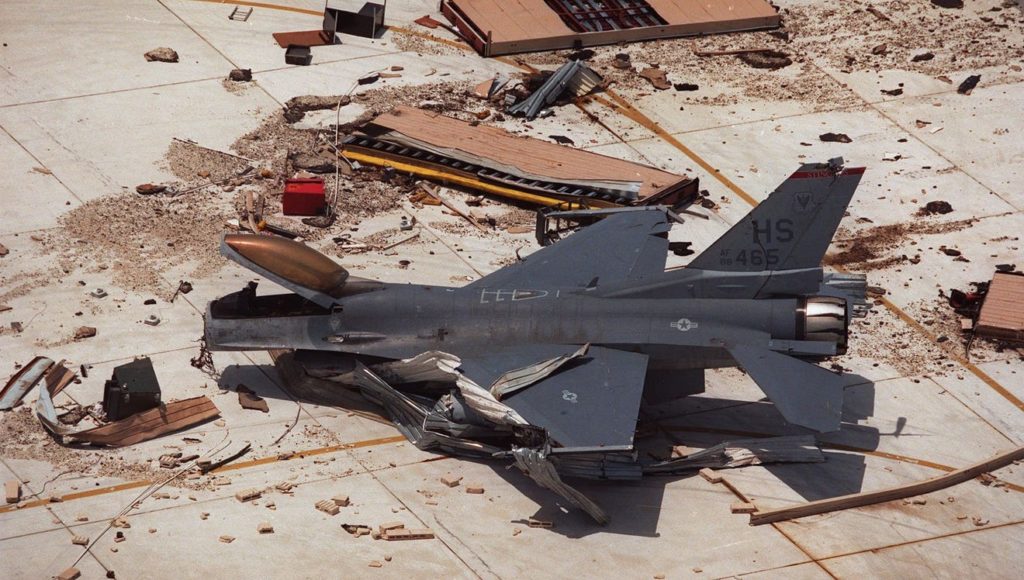 Andrew wasn’t just one storm. It resulted in multiple tornadoes.

“All those tornadoes that were with it, that’s what got us. We were sleeping. We didn’t know it was going to be that bad. We just redid our whole house two days before that stinking thing hit and what happened was our window got blown out in our bedroom. Then you started hearing this ‘flap flap flap flap flap.’ It was taking the shingles off the roof, so the roof was opening up.”

As the night wore on, trees uprooted and infrastructure crumbled.

“A huge, like, half a tree came through the bedroom window. Our first thing was, go get the kids because Liz was 8 and Matt was 10 or 11. We got Liz and then the limb came right through the roof in her bedroom just as we had dragged her out. And we got Matt out of his room and went back to our bedroom, but the door had come off. So, then I tried to push Liz’s door up against her window so we could get back in it and get in her closet because she’s the only one that had a mattress.

“It’s pitch black you don’t know what’s happening. There was no idea, you just heard this sound. I mean when they say the tornado sounds like a train on the tracks. That’s exactly what it sounds like coming through the house. And that’s when everything started blowing all to pieces and gone and walls and stuff. But when we finally got daylight and you can see stuff in the storm, after the first half when the eye of the storm passed over then you can see that our place where we were at was the only thing that was there. The back walls were gone.”

Even one of family pets wasn’t spared. “We found our fish in a puddle down the street. But we couldn’t do anything with him.” 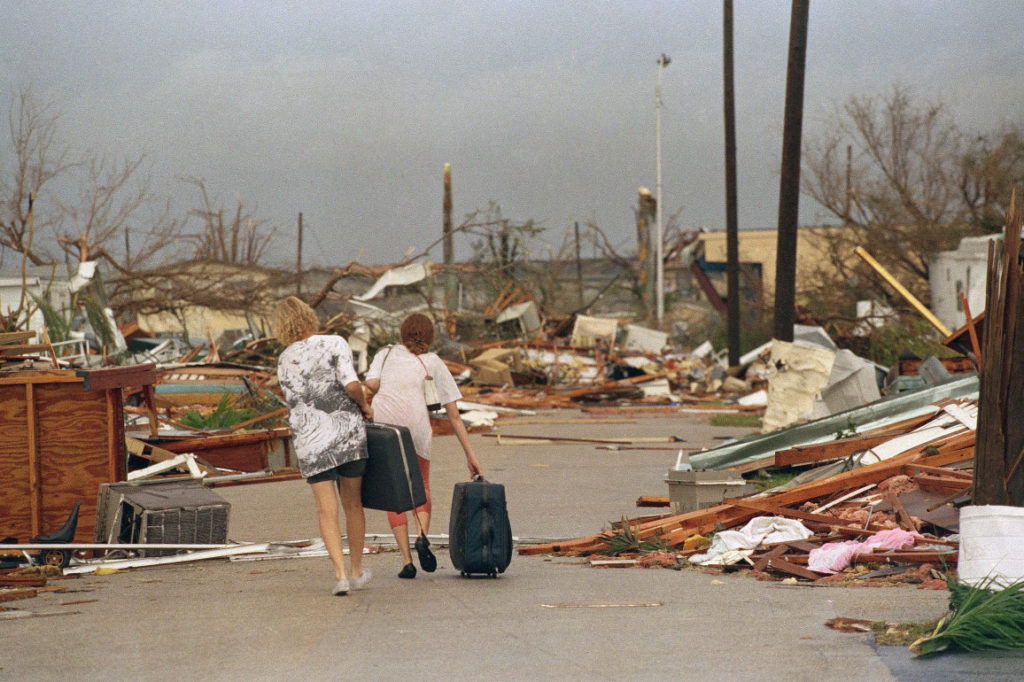 The recovery was a disorganized mess, according to Terry.

It took a while for Red Cross to get to people in need.

It took a week or two just to clear out the area with chain saws. Air Force and Army helicopters constantly hovered above because there was a large field down the street from her home. No one could get in or out of the area because of the wreckage in the streets. Contractors stole money for repairs that never happened. People’s belongings were stolen in shelters and off the street.

“It was scary, like being in a war zone.” 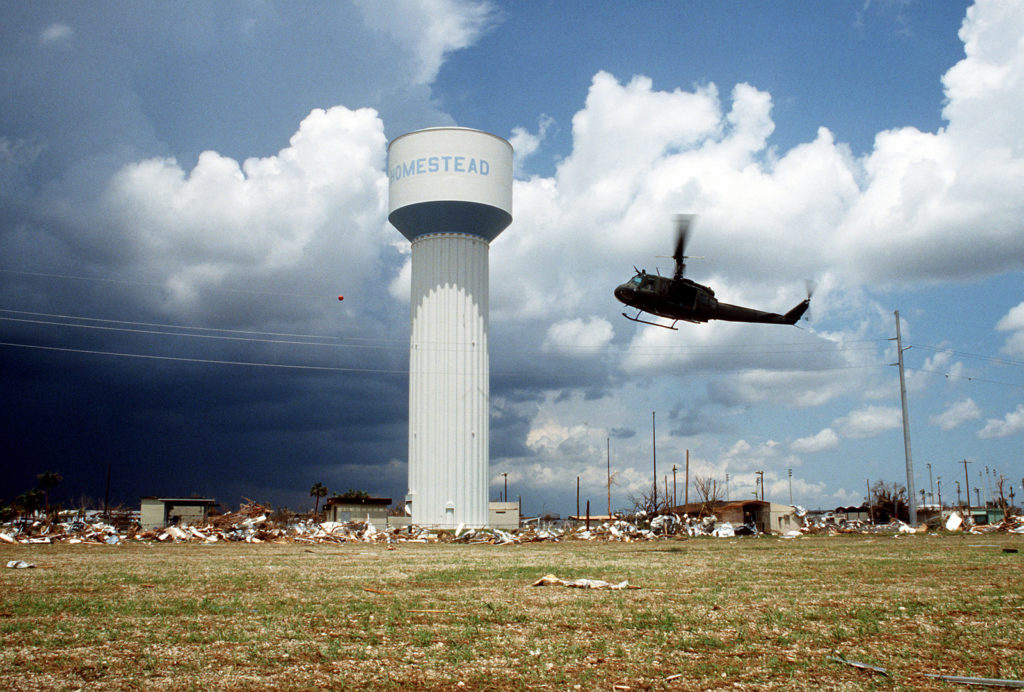